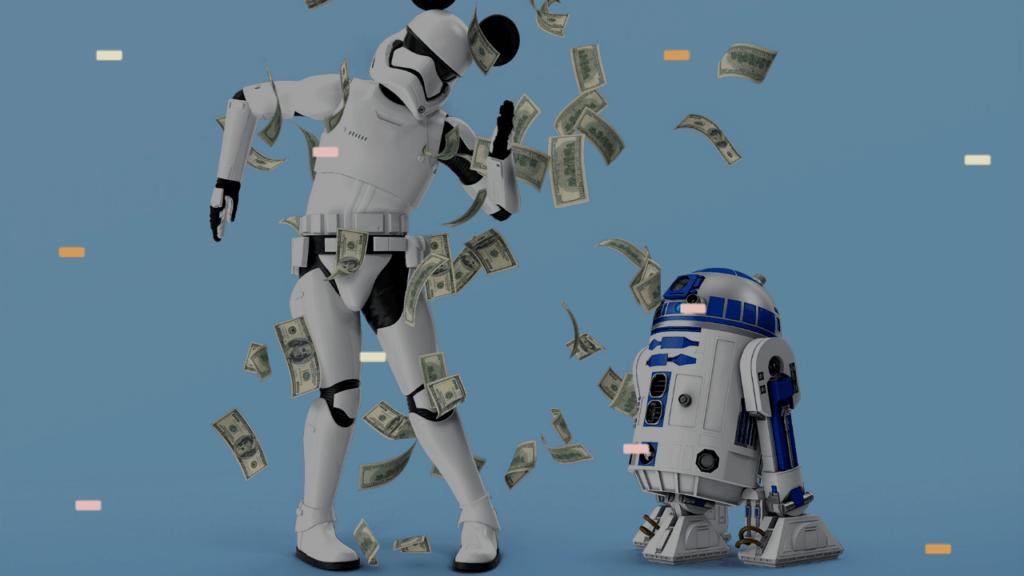 One of the biggest dilemmas when opening a new eBay dropshipping store today is whether to go with an API or a non-API solution. The reason this dilemma exists is because of eBay “flagging” seller accounts, causing them to drop in search results. This means less traffic to their stores, therefore hitting fewer sales.

Both new and experienced dropshippers all over the dropshipping community are asking the same question.

Are APIs causing accounts to get “flagged”?

Is there a way to work successfully without an API?

Is it possible to not get “flagged” at all?

Although there are quite a few blogs and videos floating around on this subject – well, that’s the problem. They’re just floating around. There is nothing but speculation up to this point. The time has come to put an end to the myths and predictions.

This article will help to get you familiar with the whole concept behind API / Non-API. It will answer all of your questions regarding the differences between them both, along with the full explanation of what causes seller accounts to get “flagged” so that you can decide which method is best for you and your business.

To begin, let’s get familiar with the term API and what it means. API is a way of connecting eBay with third-party platforms.

Seller APIs can assist in many different ways to help sellers with their selling activity. From configuring account settings and listing inventory on eBay to helping with customer service and so much more.

The skies are the limit when it comes to how developers can help manage our online business with the help of APIs.

For example, when you are using the API version of AutoDS, it gives us the ability to programmatically upload products, update prices, update tracking numbers, and everything else through the API connection.

You can easily view all of your authorized API’s on the Account Settings / Site Preferences page (scroll down a bit). It should look something like this: 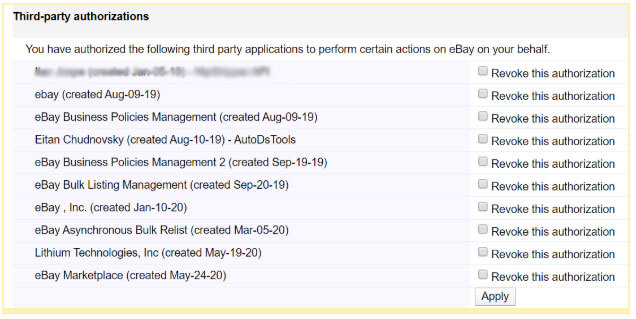 API is a way of connection between eBay and third-party platforms like AutoDS. Using the eBay API, we can interact directly with eBay. Every big platform has its API, including Amazon, Facebook, Youtube, and so on.

The Differences Between API and Non-API

While API and Non-API versions are almost identical, these are the most notable differences between the two, in case you are still wondering which option best suits you.

Automated messages to your customers and customer support only works on the API version.

The AutoDS Finder feature is now also available for the Non-API!

When you are using the API version of AutoDS, we programmatically go and upload products, update prices, update tracking numbers, and everything through the API connection.

On the other hand, the Non-API means that you are interacting with eBay as a normal human being. As if you are browsing from your browser.

All companies encourage developers to use APIs to connect with their platforms. Therefore, you shouldn’t listen to people who tell you that API will harm your account or anything of that sort. They know nothing about the basics of information technology and how computers work.

And yet, in AutoDS, we have both, the API solution and the Non-API solution, it’s up to you to choose.

The History of Non-API Solution

The story behind how the whole “Non-API” idea started was actually from a mistaken assumption. It all began in 2018 when eBay decided to drop visibility for all of the dropshippers on their platform. In drop shipper’s terms, “flagged accounts.”

A large chunk of the dropshipping community thought that the reason behind eBay’s dramatic action was because of the use of APIs.

They were under the impression that eBay’s way of punishing dropshippers for abusing their dropshipping policy is by “flagging” their accounts and that their way of finding out whether you are dropshipping or not is by scanning your API connections.

In the same month that eBay sent these “Seller Practices – Dropshipping” messages, a popular dropshipping API tool got the hammer by eBay, resulting in the banning of the API along with all of the eBay accounts who have connected the API to their stores.

Banned eBay seller accounts from the use of this API has caused many dropshippers around the world to fear API connections on their eBay accounts. But is this theory justified? The time has come to lay down the facts.

The tool got banned because their developers used shady techniques to try and get around their API “call” limit. A call limit is a limit set by eBay on the API developers to limit the number of actions a specific API can execute per day.

Every API has to comply with eBay’s policies and know their call limits – just like eBay sellers need to comply with eBay’s policies and need to know their selling limits.
And just as us sellers need to ask eBay to raise our selling limits now and then (if not done automatically), the same is requested and done by developers on their API regarding their call limits.

So this tool has tried to bypass eBay’s call limit by turning each eBay seller account into a developer account so that they can upload the API as a standalone (and not shared with other users who have connected the same API).

They were trying to fool eBay into thinking that each API has its call limit – therefore giving each account 1500 calls (actions) per day.

Mix that with more security issues/breaches and not protecting the data of their customers. It was only a matter of time for eBay to find out about these corrupt methods and ban the API and all of its connected users.

But you didn’t know these facts, and neither did thousands of other dropshippers, which lead to the rise of new “gurus” selling eBay false courses on how to create “non-flagged” accounts.

These speculations also lead to a non-API solution request from the dropshipping community (and yes, we’ve answered!).

We understand eBay’s API developer policies and have been working with them by the book to provide a clean and smooth work experience.

AutoDS got the first “call” increase to 1.5M, then to 5M, and since then has continued to increase. All of this after we’ve shown eBay that we are a dropshipping tool!

Therefore, you don’t have to worry about using our API as it has absolutely no adverse effect on your account.

We are proud of the fact that AutoDS is fully compatible with eBay and with their rules.

While fake “gurus” were on the rise, offering false solutions for the dropshipping community, we have piled up our data to bring you the facts.
But let’s say for a minute that the conspiracy is right, and non-API accounts get more traffic and don’t get flagged.

It’s still easier to succeed and grow using an API connection. Your business is fully automated and does not require you to take manual action on your stores, which slows you down significantly from expanding.

Data has proven to us that users with API connections are still making more sales than users working with a Non-API connection.

Plus, all 35 eBay stores owned by Lior Pozin (CEO of AutoDS) are running with an API

So, Should I Use API or the Non-API Solution?

Now that we know the difference between the two connections let’s break down the answer to what we recommend out of both options.

As you know by now, working with a Non-API connection means that there is no connection between eBay and AutoDS.

All of your store actions are being sent from your personal computer and not from the API, while still working on AutoDS’s platform.

All companies encourage developers to use APIs to connect with their platforms. Therefore, you shouldn’t listen to people who tell you that API will harm your account or anything of that sort. They know nothing about the basics of information technology and how computers work.

And yet, in AutoDS, we have both, the API version and the Non-API version, it’s up to you to choose.

Our advice is to keep the API connection and follow the “Big Numbers Rule” as it will get you to where you want to go – but that alone isn’t enough.

Keep up with your daily tasks of uploading new products, answering your customers, taking care of cases/returns. Also, giving an overall smooth and professional customer experience.

That is what eBay is looking out for, not your API connection.

Ask yourself, if API was not a working solution, why would eBay give us this option? It gives us more functionality, features, scalability, and automation.

Many big companies, including eBay, encourage the use of API. They provide guidelines, documentaries, and support for developers to help make things easier.

You have the option to choose between working with or without an API connection to your store. Both methods work well, and it’s entirely up to you to decide which is right for your business.

We’d recommend the API solution as it helps to fully automate your business and scale to big profits. There is no added risk to it.

The Non-API solution was created for anyone who still wants to work without an API connection. We also have multiple articles about how to use the AutoDS Non-API solution.

We are still in the best time to start dropshipping. If you haven’t done so yet, and it seems only to get better. Amazon keeps getting bigger and bigger.

Facebook has just announced its big step in E-Commerce with the creation of Facebook Shops during Quarantine. They quickly realized the growth and potential of online shops.

People are still sitting at home in quarantine. Many of them are trying online shopping for the first time since physical stores are not open. Sales are still booming since the start of Covid-19, and it’s not going anywhere.

If you haven’t taken action yet, there is no better time than now!

Dropshipping tips & strategies 10 minutes read
How To Get And Improve Product Images For Your Dropshipping Store To Boost Your Sales? 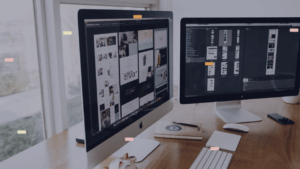 Dropshipping tips & strategies 5 minutes read
eBay Non-API: 6 Tips To Get The Most Accurate Monitoring For Your Products
Start your 7 days trial now Build Your Own Automatic Dropshipping Empire